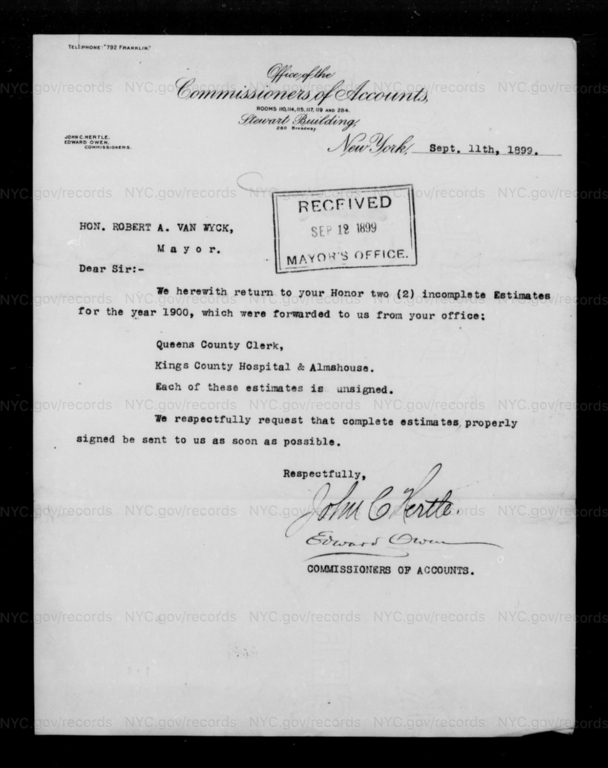 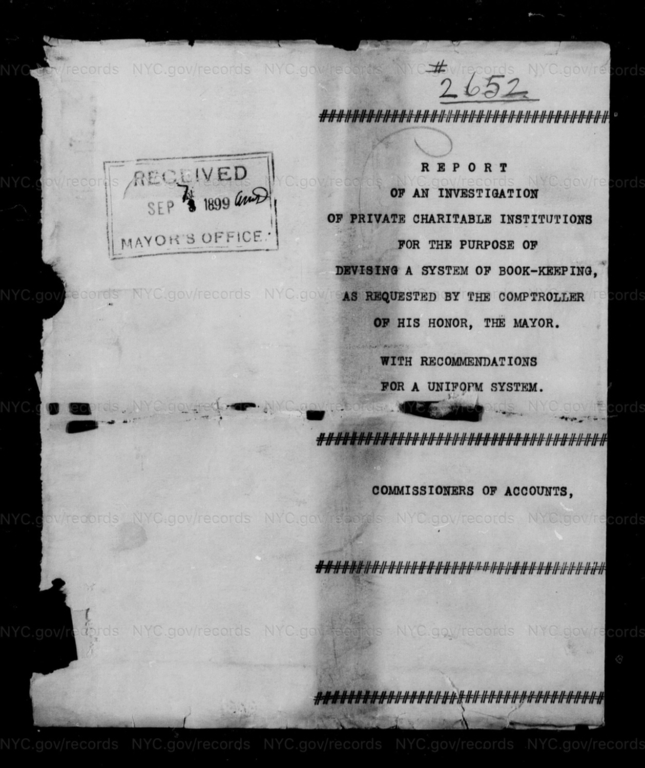 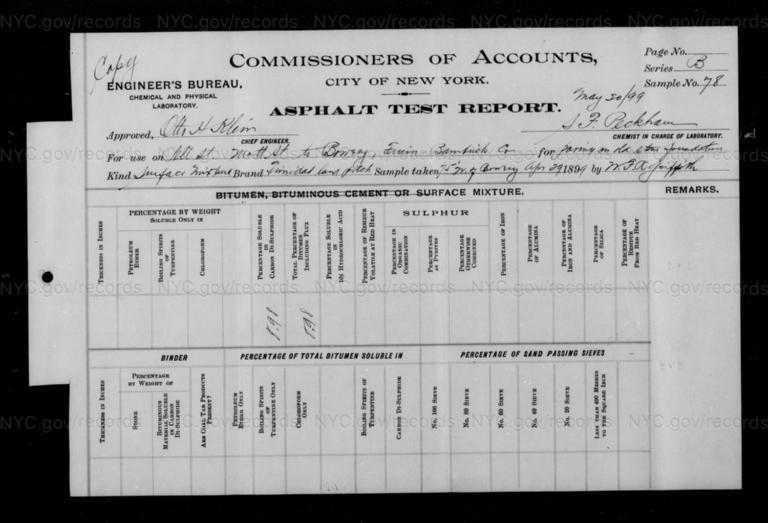 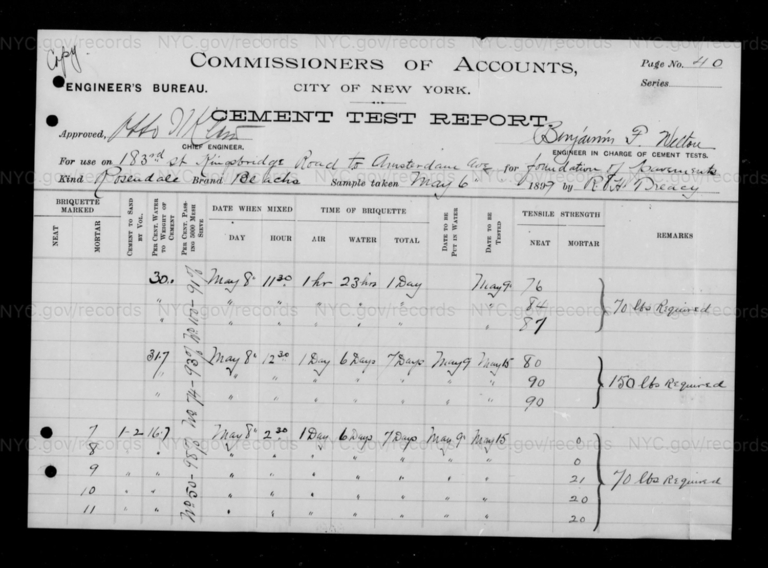 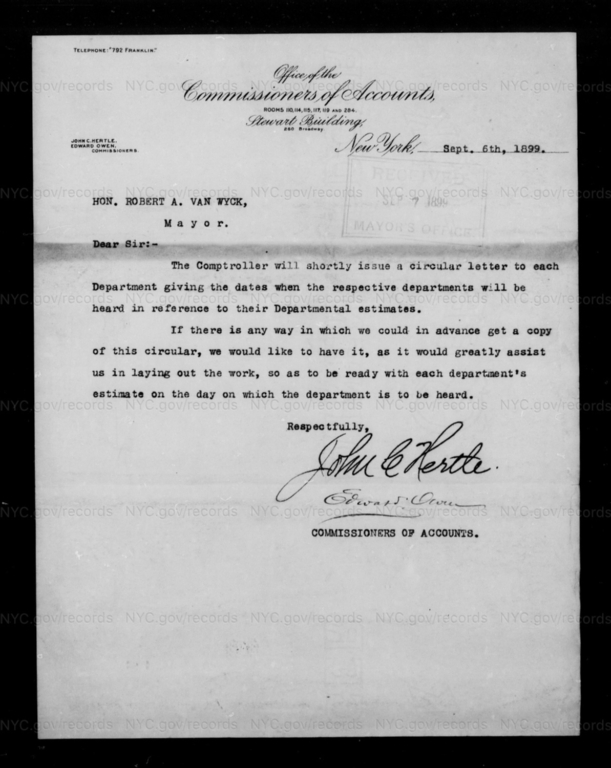 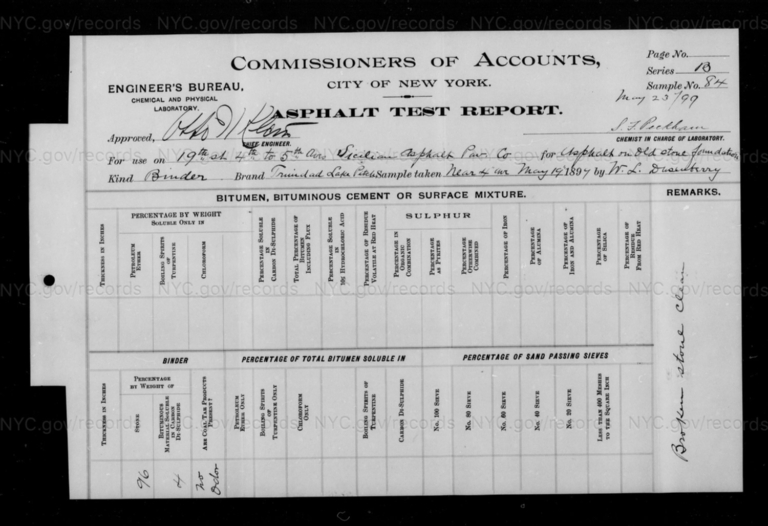 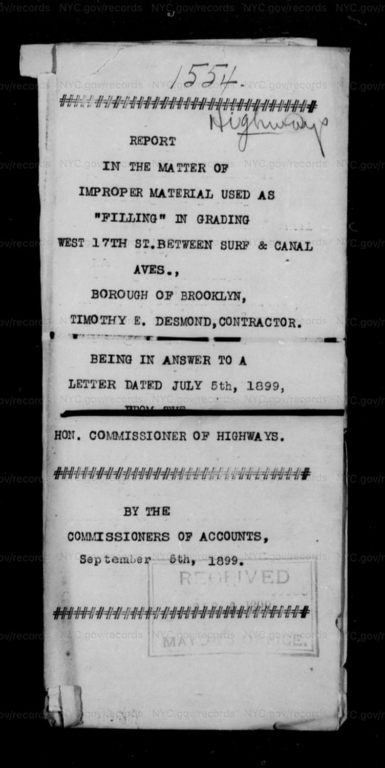 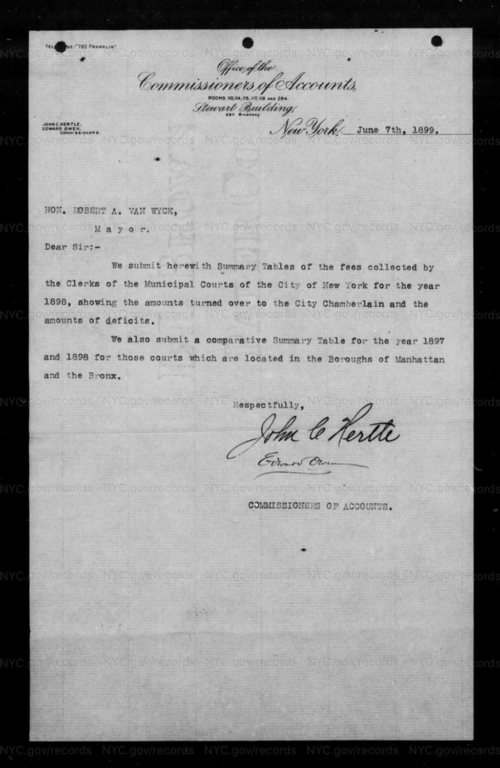 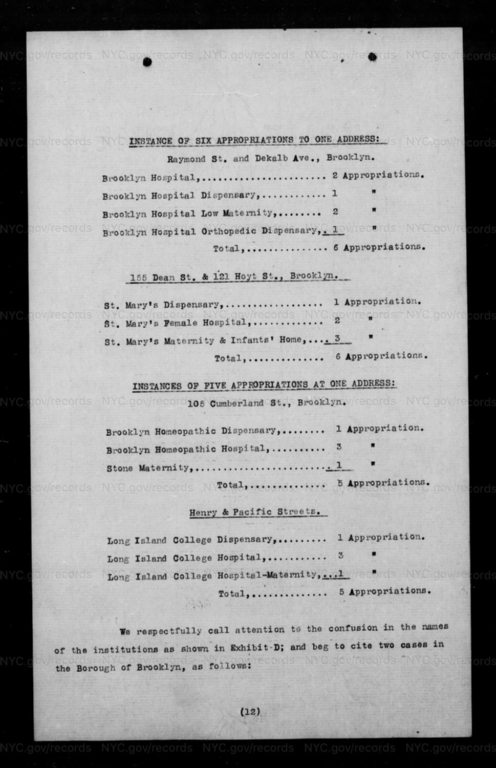 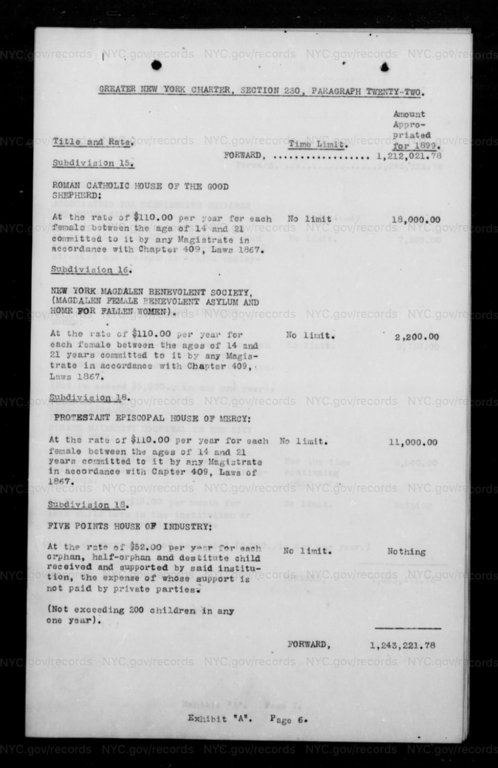 This collection consists of the subject files and correspondence of Mayor Robert Van Wyck's administration. The collection is by no means exhaustive and consists primarily of letters received by the Mayor's office. Very rarely is his responses are included. There are also memoranda, petitions, reports, scrapbooks, copies of speeches, mayoral edicts and announcements, appointment books, records of complaints, and investigations into the work of city agencies, among other materials. The materials are particularly strong in documenting the workings of the city during its consolidation into one city with five boroughs. Robert Anderson Van Wyck (1849-1918) was the first Mayor to take office after the consolidation of the City of New York in 1898. Educated in North Carolina and at Columbia University, Van Wyck was a businessman before becoming a successful attorney. He was a member of the Holland Society and was active in Masonic circles as a member of The Ancient Lodge in New York City. Guide to the records of Mayor Robert Van Wyck, 1898-1901